Mark Day School first opened for classes at Saint Mark's School in September 1980. It was founded by Board President William F. "Buzz" Nern, and the first Head of School was Ray Bizjack. The founders' guiding philosophy was to provide high-quality education in an atmosphere of love and care in which each member of the community was responsible for the well-being of the others.

Damon Kerby became Headmaster in 1987. The school moved to its current site at 39 Trellis Drive in 1991. In 1997, acknowledging the importance of character in education, the school adopted its Seven Pillars of Character. In 1999, the school entered into a 30-year lease at the current site with the Dixie School District. In 2002, construction of the new arts and science building and gymnasium was completed.

In 2003, Mark Day School adopted its Guiding Principles for a Diverse, Inclusive, and Socially Responsible Community, underlining the school's deep commitment to its work on diversity, justice, and global citizenship. The Board adopted an updated set of principles in 2010.

Since 2000, Mark Day School was entered into local and global partnerships. By developing relationships with schools and organizations both in our community and in far-flung locales, our school has become a place where learning is expansive--we develop awareness of other experiences and ways of life, we foster intergenerational and intercultural communication, and we learn the value of empathy.

Recognized for its robust curricular programs in technology and media literacy, the school was named a Leading Edge Technology School by NAIS in 2005. 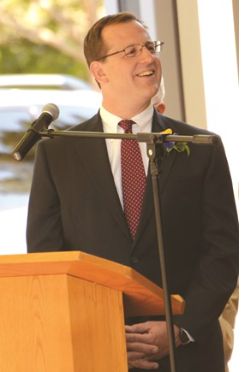 Joe Harvey became the fourth Head of School in 2011 and began the process of advancing our institution on many fronts. In 2012, after much work by the Site Committee of the Board, we were awarded a lease extension by the Dixie School District on our present site until 2045. In addition, on May 23, 2014, Mr. Harvey announced that Saint Mark's School would become Mark Day School effective July 1, 2014. This name was arrived at after a process of thorough research and discussion by members of a board task force, led by Lexicon Branding, an internationally known firm founded and run by an alumni parent, David Placek.